4 Realisations of an Australian Coffee Snob Living in the UK

4 Realisations of an Australian Coffee Snob Living in the UK

When I decided that I was moving to the UK on a two-year visa, there was an outpouring of concern regarding how I was going to maintain my dedication (*cough* addiction *cough*) to coffee. In the 5 years I had worked as a barista in Sydney, Australia, I’d developed quite a taste for good coffee. Even after I had left the coffee industry, I maintained a careful dosing of 4 - 6 shots per day and frequented cafes each weekend. When it came time for my fateful move, I feared the worst for my coffee addiction. Here’s what happened…

Living in London and trying to maintain a coffee habit, whilst forking out a fortune for rent and the tube, was impossible. With coffee in Australia being a little less expensive, the move to the UK meant I had to cut back on my coffee intake. Thankfully, I’ve now re-joined the coffee industry and benefiting from free coffees. Thanks, Machina!

Admittedly, I have been able to find decent brunch. My issue is that most speciality coffee shops do not also have an amazing breakfast/brunch selection. This winning combination is a weekend staple in the coffee hotspots of Sydney and Melbourne, and is a sorely missed aspect of my life. Choosing between good food and good coffee is enough to drive me a little mad. 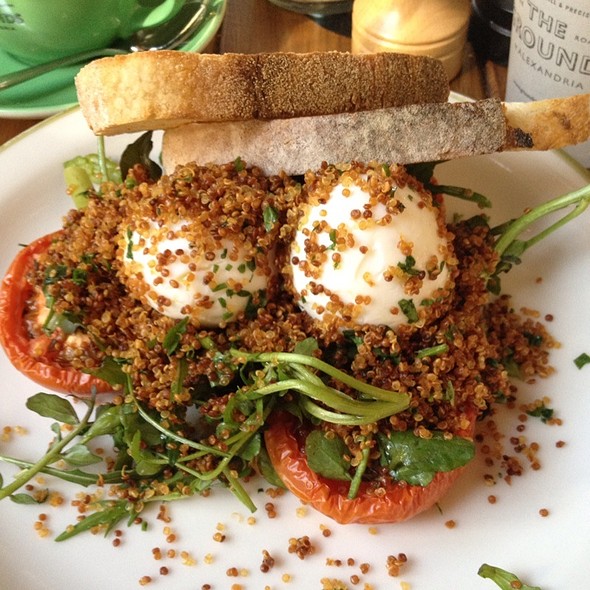 Rolled Eggs with Crispy Quinoa at The Grounds of Alexandria. Source.

In no small measure, my fellow Australians who had spent time in the UK had warned me of the dreadful coffee quality in the UK. Additionally, many in the Australian coffee industry believe Australian coffee to be the best in the world. In my humble opinion, there is an equal ratio of good coffee to bad coffee in both countries. Australia is certainly not some promised land of coffee where every cup is heavenly (by a long, long way), and the UK has some of the best coffee I’ve ever consumed.

A great UK coffee, made by an extraordinary barista (me).

When I left the coffee industry in 2012, filter coffee hadn’t risen to its current status of stardom, shot weighing and absolute precision and consistency in espresso based coffee serving were only beginning to grow. I remember first encountering a cafe with weighed out espresso shots in the early 2010’s and thinking that this was overkill. Now, I couldn’t go back to a time before weighing shots, precise volumetrics, shot timers and filter brewing recipes. It may take a little extra effort, but the quality and consistency improvement is worth the monetary and operational investment.

Having been away from home for nearly two years, I’m interested to see the industry growth in Australia upon my return, and give a stern telling off to any who dare insult the UK coffee scene!